The Blood Chit was used on the British model by United States pilots and air crews who found themselves downed behind enemy lines seeking assistance in escape and evasion. These Blood Chit items were made of silk or other cloth materials. Often worn on the back of a flight jacket, the blood chit was unique to that individual based on the identity number on the chit. Civilians who successfully assisted air crew members were rewarded by the United States Government. Civilians who assisted held the air crew members as captives until positive identification could be made using fingerprints and confirmed by radio transmission. This fascinating history involved a complex evolution for the protection of civilians and air crew members. Debriefing of both air crews and civilians was generally accomplished by CIC agents before payment of rewards. Blood Chits were relatively successful in the European Theater, but not so successful in the Pacific Theater. Below is a "training" blood chit example. 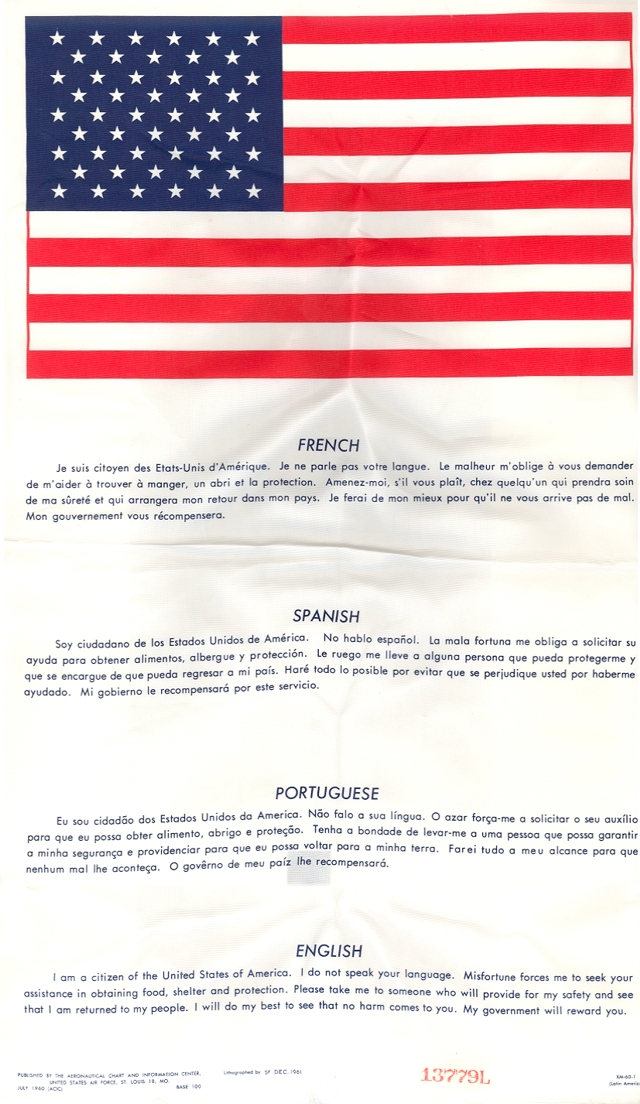